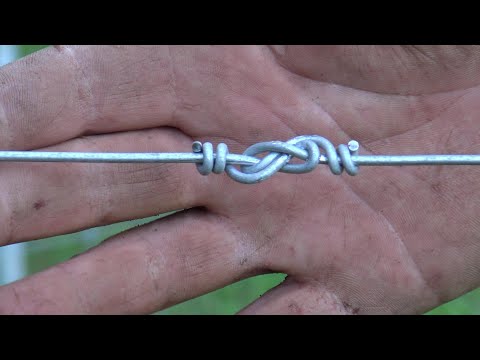 A recent user lost (for now) 8 BTC in a passphrase typo. This gave me the idea of implementing similar checksum logic that BIP39 uses. Lets take the passphrase "correct horse battery staple" This passphrase has a SHA256 checksum of c4bbcb1fbec99d65bf59d85c8cb62ee2db963f0fe106f483d9afa73bd4e39a8a. So now we take the first 16 bits as c4bb. Converting to binary, we find the first 11 bits are 11000100101. Convert that to base 10 and we have 1573. Look that up on the BIP39 dictionary and we find seven (note 1-based -vs- 0-based indexing)
So our new checksum'd passphrase is:
correct horse battery staple seven
So when I type "stapler" instead of "staple" I can be rest assured my mistake will be caught. Even if I botch the checksum into "eleven" instead of "seven" I know whats up because "eleven" isn't in the BIP39 dictionary.
I guess this should all be air-gapped, but I can't do SHA256 by hand yet.

TLDR; The site that has been running nice and quietly on TOR for 18 months. We thought today is a good day to make the url public outside of our group of amigos.
PGP: 3DB6 FF02 6EBA 6AFF 63AF 2B6E DCE5 3FA2 EC58 63D8 Bitcoin: 18FNZPvYeWUNLmnS6bQyJSVXYPJ87cssMM TOR: http://xvultx4llltx7w2d.onion

How DPR might spend his millions from inside of prison

I spent some time thinking about how DPR might spend his millions from behind bars. Here's what I came up with. Can you do better?
 Imagine that DPR is in prison and he's got 80 million dollars worth of BTC in a brainwallet. For example, all stored with the passphrase "correct horse battery staple" (c.h.b.s for short). The Feds want that money and they're definitely not going to let him send it to anyone so they're not letting him use a computer, especially not one connected to the internet.
If he had access to a computer, he could write a transaction from behind bars and pass it on a piece of paper to someone on the outside. But he doesn't. And if he did, that computer would have a keylogger.
His next alternative is to write c.h.b.s on a piece of paper and pass that to someone. But he'd then be trusting all his 80 million to one person. That's not safe, either.
Assuming some planning, maybe he divided up his money into tens of thousands of bitcoin addresses, each one with, say, 20BTC. Now he can give out private keys as needed, written down, and spend money in increments of 20BTC.
The problem with that is that he has to memorize thousands of passphrases. One option, he could use:
but someone would catch on to the pattern and take all his money.
In prison he might have books. Instead of numbers, he could use the first letter of words in a line from a book, like Romeo and Juliet. Like this:
Harder to crack but it's just obfuscation. If someone figures out the book, he's screwed.
Ideally, he would have a hash function that could be computed with innocent things that you'd find in a prison: a deck of cards, a book, maybe a calculator. Bruce Schneier invented a cryptographic algorithm that uses a deck of cards. If you had a good hash function that you could do mechanically, you could use those outputs at http://brainwallet.org:
A deck of cards is surprisingly strong. The order of a random deck of cards is about 200bits of entropy, even more than a 160bit bitcoin hash, so a deck of cards could be useful.
 That's as far as I got. Any better ideas? How do you store 10,000 brainwallets in your brain without using a computer? Or make transactions without a computer?

Announcing NetVend pre-beta for interested developers. NetVend is a virtual vending machine that runs on Bitcoin and has vast potential for many applications. More info in post.

This is a cautionary tale for people new to bitcoin and a reminder for those already into it. I use Hive as a desktop wallet on my computer. It can be secured by a password. At the time I created my password, it was something I would remember given the circumstances of my life at that time using the "correct battery horse staple" method. It's been about a month or so since I created the wallet, and now I cannot recall the exact order and quantity of the words in the password.
I didn't write down the password because I foolishly thought it was something I'd be able to remember at any time. Now I have to mentally write it off or else I'd go crazy thinking about it. With online banks or PayPal, there's the safety net of password recovery, but it's not the same with Bitcoin. If you're irresponsible like I was, you'll lose access to your BTC.
tl;dr: keep a safe copy of any passwords you may use to secure your digital access to bitcoins.

[PARTNER] Looking for python devs to help build and participate in the world's first tradenet! Netvend is an online, virtual vending machine: Using Bitcoin, any human or program can pseudonymously buy or sell any service, art, or product on netvend.

I've finally completed a working prototype of a project called netvend, which is a sort of global, transparent tradenet. I'm looking for python developers who are interested in working with netvend. Netvend is easy to use, and exposes a marketplace to both users and scripts with an open-source, trustless system. I'm going to make an announcement post on /bitcoin in the next day or two, but for now I wanted to get some early feedback and testing from anyone on /jobs4bitcoins who's interested.
To give you a quick idea of what netvend can do, following is the current draft of what will by my announcement post.
 Netvend allows any agent (user or script) with credit to:
This is all accessible with only 3 lines of Python code, and is psuedonymous by nature. All it requires is initial credit, through a deposit or being tipped by another agent (For now, the CHBS address (see the code below) has credit and is open to anyone who wants to use it for anything).
Each command deducts netvend credit from your identity, but the commands are cheap. A deposit of just $0.01 would pay for any of:
All commands are automatically signed by the api before being sent to netvend, and the signed command is stored transparently. Because the signatures prove the authenticity of the database, any user with a copy of the database can resurrect the server, should it be attacked or blocked, and the community can easily verify it as legitimate.
All code used on the server is open-source (github), as well as the python api used to interact with netvend (github).
 Even at the most basic level, netvend is extremely easy to interact with. In python:
Assuming the chbs identity had netvend credit, response should contain, among other things, the id of your brand new post on netvend.
Using the tip command is similarly straightforward. For anyone with SQL experience, the query command should be easy to use as well. For a crash-course on all of netvend's commands, see this page.
If anyone is interested in developing any kind of application for netvend, whether small or large, please contact me with any questions! I'll respond to replies, PMs, and emails ([email protected])

Best way to remove a private key from Bitcoin-Qt?

Hi, I have added the private key of a brainwallet to my client with the password "correct horse battery staple". That is the default password defined here: http://brainwallet.org/
Obviously I did not want to use that address, I was just curious what's happening there. Unfortunately this address is constantly spammed with transactions, which makes my bitcoin client (I use 0.8.2) completely unusable. My computer is always at 100% CPU and the client does not respond.
Is there any way to remove this private key, or do I have to create a new wallet and re-add all the private keys?

Seeking beta testers for a BTC-backed financial playground/tradenet for Python scripts. Using an Agent, scripts can transact and communicate publicly. The ServiceAgent simplifies offering paid services, or paying for services, to 5 lines of code or less, given only a seed, callable, name, and fee.

This work is licensed under a Creative Commons Attribution-NonCommercial 2.5 License. This means you're free to copy and share these comics (but not to sell them). More details.. mastermind horse battery staple. Ask Question Asked 5 years, 11 months ago. Active 5 years, 11 months ago. Viewed 7k times 48. 13 \$\begingroup\$ Objective. Given a list of three-word passphrases, crack them all. Each time you guess, you will be given a clue in the style of Mastermind, depicting how many characters match the password, and how many are in their correct position. The objective ... Bitcoin is a distributed, worldwide, decentralized digital money. Bitcoins are issued and managed without any central authority whatsoever: there is no government, company, or bank in charge of Bitcoin. You might be interested in Bitcoin if you like cryptography, distributed peer-to-peer systems, or economics. A large percentage of Bitcoin enthusiasts are libertarians, though people of all ... Every Bitcoin address is based on a secret key, from which the public key (associated to a Bitcoin address) is calculated. Once you have the private key for an address, you have the control of that address and can use it to transfer funds. This secret key is a 32-bytes unsigned integer. You can generate a lot of secret keys, calculate the public keys associated to them and see if they contain ... Using your own variant on “correct horse battery staple” for multiple accounts is also a bad idea, from a security and privacy perspective. A single compromised account could leak all the passwords to your email, Bitcoin exchange, and other sensitive accounts. Trying to memorize a different password for tens or even hundreds of accounts is ...

How to Bring NI-CAD Drill Batteries Back to Life & Make ...

The Media has lied about one of the most viral immigration stories. A viral photo of a crying little girl turned out to be a lie pushed by large media outlets. The little girl was never separated ... Enjoy the videos and music you love, upload original content, and share it all with friends, family, and the world on YouTube. Friends, all pleasant viewing! My name is Vanya! I am the author of the channel HandCraft. On this channel I present everything that I have done with my own ... #homestead #firewood We end up with barrels and barrels of wood ash during the burning season, but there are so many things you can use the ASH for. In today... NOTE: Yes I noticed The Gaffe saying Beto was running for Congress and I do correct that in the video. Far left Democrats Are Failing In Their Districts, Abysmal Polling And Almost No Top Donors.