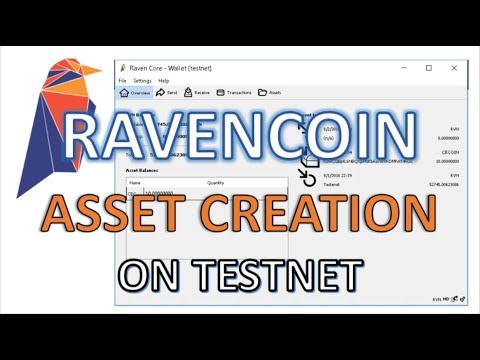 Scalenet and Testnet4 are online and open for business

Over the years, some people have made use of testnet3 to test out scaling performance, and have spammed testnet3 with 32 MB blocks. This has caused testnet3 to get kinda bloated; the blockchain now takes an hour or so to sync, which slows down development. Other people have wanted to do stress testing, but have specifically wanted to avoid inconveniencing other people by spamming testnet3, and have therefore not done so. This slows down development too. To address this issue, I created two new networks: testnet4 and scalenet.
Testnet4 is intended to be a low-volume quick-syncing blockchain which is ideal for testing out new transaction formats or applications. It has a 2 MB default block size limit, and comes with aserti3 parameters that make the difficulty recover quickly to CPU-mineable levels. It should remain easy to sync on a low-end VPS or old laptop.
Scalenet is intended to be a high-volume blockchain which is ideal for spamming and stress testing software. It comes with a 256 MB initial default block size limit, and uses aserti3 parameters that make it more suitable for accurately simulating mainnet mining difficulty (though it retains the 20-minute difficulty rule). In order to prevent storage costs from getting unreasonable for a testnet, scalenet will be reset every 6-12 months by invalidating the block at height 10,001 and adding a new checkpoint. Scalenet is intended to be feasible to run on a mid-range desktop computer with some strain.
Testnet4 and scalenet are now online and essentially complete. The code for both has been merged into BCHN and Electron Cash. Testnet4 has also been successfully synced to by Knuth, Bitcoin Unlimited, and libbitcoincashj. Block explorers for both are available, thanks to Axel Gembe (who runs the code) and sickpig (who wrote the code):
http://tbch4.loping.net:3002/
http://sbch.loping.net:3003/
The testnet4 and scalenet MRs were opened on Aug 19th and Aug 27th, and both were merged on Sep 17th. Scalenet reached height 10,000 on October 3rd.
Testnet4 and Scalenet support are present in the master branch of BCHN, and will be included in the next release of BCHN. Some other software (e.g. Electron Cash) already has support in their latest release, but most is still pending.
See also: https://bitcoincashresearch.org/t/testnet4-and-scalenet/148/7

Are there any public nodes available for test payment?

Hi. Sorry if this is off-topic, failed to find any response at /cryptodevs.Started exploring cryptodev few days ago. It was not long before i faced the problem of hosting Bitcoin Core node - my current workstation fails to meet both network bandwidth and storage capacity requirements. I think need to find some adequate hosting to continue my experiments. Nevertheless, I expect this task will take some time, while I'd be pleased to start testing my software ASAP. Are there any "public" nodes that I can connect to (using RPC) for a single test payment? If not, what hosting can you advice to use for Core node?
Predicting your voices - yes, i do know about testnet, and i use it quite a lot, but now i need to test my soft in real world conditions. Thanks.

Meter is a DeFi infrastructure with a built-in, PoW-based, low-volatility coin, MTR. MTR is a fully-decentralized, permissionless, low-volatility cryptocurrency that eliminates counterparty, regulatory, and oracle risks typically found with crypto- and fiat-backed coins.
Meter employs a unique hybrid consensus protocol that separates currency creation from record keeping.The system uses Proof of Work (SHA256) to create the MTR low volatility coin, making it as decentralized as Bitcoin. HotStuff consensus based Proof of Stake is used to manage the ledger; validators who hold Meter’s governance token, MTRG, approve transactions.This hybrid consensus mechanism makes Meter fast – the system can process thousands of transactions per second, reaching finality almost instantly.
Meter also supports multiple chains and functions as a Layer 2 sidechain for other public blockchains like Ethereum to allow value interaction among different crypto assets.
The Meter mainnet has been live since July 4th, 2020. The block explorer is at https://scan.meter.io Currently the mainnet is operated by foundation nodes, however our testnet is maintained by more than 100 community nodes with full EVM support (the protocol itself supports thousands of validator nodes). We will switch to a fully-permissionless network in Sept/Oct 2020.
We have measured the scaling performance with regular AWS nodes spread out in 5 continents, and the Meter system can sustain 1500 tx/sec with around a 7-second block period. The only performance bottleneck is actually the sequential processing model in EVM, instead of the consensus itself. Basically, one of the cores of the VPS was fully saturated when processing the transactions. This could be optimized in the future for parallel processing models. With such performance, we could complete Reddit's scaling challenge in about 200 seconds without giving up any decentralization.
To learn more about Meter, visit us at:

I will be bringing you upcoming events/announcements every day. If you want improvements to this post, please mention houseme in the comments. We will make improvements based on your feedback.

If you like an event to be added, click Submit Event, and we will do the rest.

I will be bringing you upcoming events/announcements every day. If you want improvements to this post, please mention houseme in the comments. We will make improvements based on your feedback.

If you like an event to be added, click Submit Event, and we will do the rest.

Author: Gamals Ahmed, CoinEx Business Ambassador
https://preview.redd.it/5bqakdqgl3g51.jpg?width=865&format=pjpg&auto=webp&s=b709794863977eb6554e3919b9e00ca750e3e704
A decentralized storage network that transforms cloud storage into an account market. Miners obtain the integrity of the original protocol by providing data storage and / or retrieval. On the contrary, customers pay miners to store or distribute data and retrieve it.
Filecoin announced, that there will be more delays before its main network is officially launched.
Filecoin developers postponed the release date of their main network to late July to late August 2020.
As mentioned in a recent announcement, the Filecoin team said that the initiative completed the first round of the internal protocol security audit. Platform developers claim that the results of the review showed that they need to make several changes to the protocol’s code base before performing the second stage of the software testing process.
Created by Protocol Labs, Filecoin was developed using File System (IPFS), which is a peer-to-peer data storage network. Filecoin will allow users to trade storage space in an open and decentralized market.
Filecoin developers implemented one of the largest cryptocurrency sales in 2017. They have privately obtained over $ 200 million from professional or accredited investors, including many institutional investors.
The main network was slated to launch last month, but in February 2020, the Philly Queen development team delayed the release of the main network between July 15 and July 17, 2020.
They claimed that the outbreak of the Coronavirus (COVID-19) in China was the main cause of the delay. The developers now say that they need more time to solve the problems found during a recent codecase audit.
The Filecoin team noted the following:
“We have drafted a number of protocol changes to ensure that building our major network launch is safe and economically sound.” The project developers will add them to two different implementations of Filecoin (Lotus and go-filecoin) in the coming weeks.
Filecoin developers conducted a survey to allow platform community members to cast their votes on three different launch dates for Testnet Phase 2 and mainnet.
The team reported that the community gave their votes. Based on the vote results, the Filecoin team announced a “conservative” estimate that the second phase of the network test should begin by May 11, 2020. The main Filecoin network may be launched sometime between July 20 and August 21, 2020.
The updates to the project can be found on the Filecoin Road Map.
Filecoin developers stated:
“This option will make us get the most important protocol changes first, and then implement the rest as protocol updates during testnet.” Filecoin is back down from the final test stage.
Another filecoin decentralized storage network provider launched its catalytic test network, the final stage of the storage network test that supports the blockchain.
In a blog post on her website, Filecoin said she will postpone the last test round until August. The company also announced a calibration period from July 20 to August 3 to allow miners to test their mining settings and get an idea of how competition conditions affected their rewards.
Filecoin had announced earlier last month that the catalytic testnet test would precede its flagship launch. The delay in the final test also means that the company has returned the main launch window between August 31 and September 21.
Despite the lack of clear incentives for miners and multiple delays, Filecoin has succeeded in attracting huge interest, especially in China. Investors remained highly speculating on the network’s mining hardware and its premium price.
Mining in Filecoin
In most blockchain protocols, “miners” are network participants who do the work necessary to promote and maintain the blockchain. To provide these services, miners are compensated in the original cryptocurrency.
Mining in Filecoin works completely differently — instead of contributing to computational power, miners contribute storage capacity to use for dealing with customers looking to store data.
Filecoin will contain several types of miners:
Storage miners responsible for storing files and data on the network. Miners retrieval, responsible for providing quick tubes for file recovery. Miners repair to be carried out.
Storage miners are the heart of the network. They earn Filecoin by storing data for clients, and computerizing cipher directories to check storage over time. The probability of earning the reward reward and transaction fees is proportional to the amount of storage that the Miner contributes to the Filecoin network, not the hash power.
Retriever miners are the veins of the network. They earn Filecoin by winning bids and mining fees for a specific file, which is determined by the market value of the said file size. Miners bandwidth and recovery / initial transaction response time will determine its ability to close recovery deals on the network.
The maximum bandwidth of the recovery miners will determine the total amount of deals that it can enter into.
In the current implementation, the focus is mostly on storage miners, who sell storage capacity for FIL.

Yes, in bitcoin an address begins with "1" or "3", in testnet bitcoin an address begins with "m" or "2". In the case of Ethereum both addresses can be used, but you can't transfer ether from Rinkeby to the real network. The same for Eos, you can have a testnet account only in testnet and not in mainnet and viceversa. Testnet is an alternative Bitcoin blockchain, to be used for testing.Testnet coins are separate and distinct from actual bitcoins, and are never supposed to have any value. This allows application developers or bitcoin testers to experiment, without having to use real bitcoins or worrying about breaking the main bitcoin chain. Testnet is an alternative Bitcoin blockchain that developers use for testing. Testnet coins do not hold any value. Developers use testnet to experiment with the blockchain without using real bitcoins or worrying about breaking the main chain. Sponsored Content. Explorer. Bitcoin Testnet. Bitcoin Explorer. Ethereum Explorer. Bitcoin Cash Explorer. Crypto Prices. DeFi. Bitcoin Testnet. Bitcoin ... Look up Bitcoin Testnet (TBTC) blocks, transactions, addresses, balances, nodes, OP_RETURN data and protocols, blockchain stats and charts The most popular and trusted block explorer and crypto transaction search engine.

How to get free Testnet Ether?